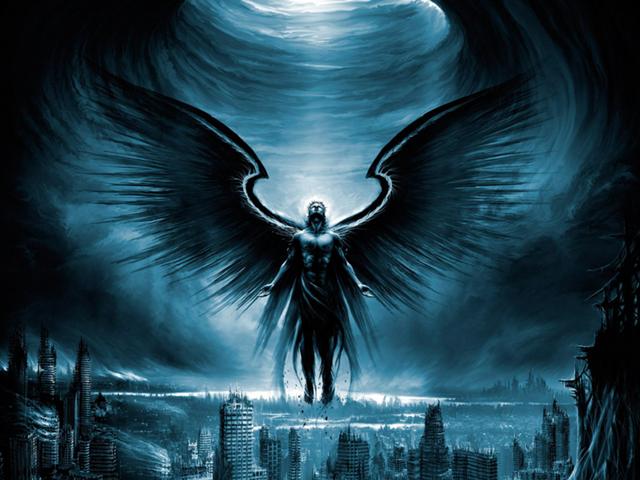 Around June 12, 2017 I had a very vivid and compelling dream. In my dream, I was standing in a field and an Angel came to me and said: ĹFollow Meĺ. The Angel took me by the hand and we immediately shot up thousands of feet and we went so high the earth looked like a globe spinning below us.

But I was not afraid and I was calm and at peace with this angel holding my hand high above the earth. The earth was slowly turning below us and when the middle east came into view the angle then started descending very fast, then the angle crashed into the earth and it went underground and all the while he was holding my hand.

Then this angel showed me all these jail cells in these caves, it looked as though there were thousands of caves and many thousands maybe millions of empty jail cells and every cell had itĺs door wide open and the cells were all empty.

I asked what is this? Then I was told that these cells held the demons that had already been released upon the earth.

Then I was shown these four beasts, but more correctly they were Fallen Angels and these were chained to the walls and they were NOT in jail cells. I was shown one particular beast and I was told he was the leader but this beast would not turn and look at me.

I was not afraid of this beast, not with this angel beside me. None of these beasts stood up so I donĺt know how tall they were. They were all lying down and like curled up, but still they were huge. And when they took a breath you could hear a lot of air moving in and out of the beasts, they were very muscular and they were huge even with them curled up and chained to the walls. I was told these beasts would be released upon the earth during the Tribulation and they would be responsible for destroying much of mankind.

I felt a rage, a pure hatred and evil in these beasts, they hated God and everything of God, but they could not touch God so there rage was focused on what God loved - US. Then I woke up and I prayed.

Then I was shown the following scripture.

Revelation 9:14 and 15
14 Saying to the sixth Angel which had the trumpet, loose the four angels which are bound in the great river Euphrates

15 And the four angels were loosed, which were prepared for an hour, and a day, and a month, and a year for to slay the third part of men.

God Bless you and God keep you and yours

THIS IS A ONE TIME GIFT ONLY

Thank you for your support.
Without support from faithful viewers like you, my ministry would not be possible.
I have no staff, itĺs just me and I do not take any money for myself from this ministry.
All money donated to this ministry goes to further this ministry only.