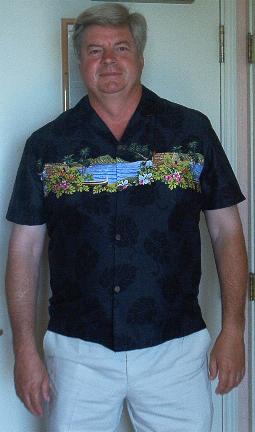 What a mighty and awesome God we serve.

Several months ago the Lord led me to write a book.

I was told to share what the Holy Spirit gave me.

I give All Praise, All Glory and All Honor to God.

I seek nothing for myself. Everything I make from my books and all donations go to support this ministry.

I have mailed out a 3-page letter to most of the Assembly of God churches in America. Also the Holy Spirit told me to make an audio CD titled "THE WARNING' and a copy of that was mailed out to every Christian Talk Radio Station in America along with some being mailed to Christian radio stations in England and Australia.

I mail out FREE Bibles and FREE audio CDs of 'THE WARNING all over the world.

I have about 5000 more Assembly of God churches to mail my 3-page letter along with a copy of my audio CD.

*** PLEASE CALL your local Christian talk radio station and ask them to play 'THE WARNING' by Tony Lamb, THANK YOU and God Bless you. ***

One night at 3 AM I was startled with a very loud, hard and heavy KNOCK, KNOCK, KNOCK on my bedroom door. I was shocked and I called out to my wife but she didn’t answer me, as she was sound asleep.

I just wrote it off as a twilight kind of dream. BUT two nights later and again at 3 AM
I heard a very loud and hard KNOCK, KNOCK, KNOCK on my bedroom door.
Funny thing is both nights I was having trouble getting to sleep, so I was awake but, I was trying to get to sleep.

Have you EVER heard of anyone having a dream where someone was knocking loudly on their bedroom door and having the exact same dream twice, one day apart?
But this second time I answered the knock on my bedroom door.
I spoke up loudly and I said: ‘YES LORD I AM AWAKE’.

Another time I was sleeping and someone spoke to me and said:
‘Wake Up And Tell The People’. And then I heard a bell ringing.

A few moments later and again but even louder I heard a voice say:
‘WAKE UP AND TELL THE PEOPLE’. And again I heard a bell ringing.

Then a third time the voice was very stern, almost yelling at me to:
‘WAKE UP AND TELL THE PEOPLE’.
And just like before I heard a bell ringing, but this time I woke up and realized my phone was ringing.
I got the message Lord, now I am telling the people…

Our time is short and as the world grows dark we must let our light shine all the brighter,
FOR THE KING IS COMING (and soon).

I was called as a Watchman with dreams and visions.
I am just the Dust of the Earth - But I am God’s Dirt.

I am not a Minister, Deacon or even a Sunday school teacher.
But I am born again and washed in the blood of Jesus.

I am a Watchman on the Wall with dreams and visions, watching for the soon return of Jesus Christ.

I was called to be a Watchman.
My authority comes from Ezekiel 33: 1 through 9 (with an emphasis on verse 6)

I can not speak for other Watchmen. (I just know God called me to do this.)

Starting in 2014 I started having Tribulation dreams and some were very disturbing.

Then in early 2015 God gave me what I would call: was a very hard calling.

I describe my hard calling in my book titled: ‘GOD SHOWED ME THE FUTURE, America Is Entering Judgement’.

I have had a multitude of conformations to speak about my dreams.

People who I love and trust have told me to speak.

People would be talking to me and in their conversation they would say: ‘It’s time to Speak’. The Holy Spirit would give me a dream where someone would tell me: ‘WAKE UP AND TELL THE PEOPLE’. The Holy Spirit gave me other dreams where a voice told me: 'BE NOT AFRAID, SPEAK'

The Holy Spirit gave me dreams where I was told: 'IT'S TIME TO SPEAK'.

The Holy Spirit also told me: 'THIS IS YOUR CALLING'.

This scripture was shown to me at random by the Holy Spirit:

ACTS 18:9
THEN SPOKE THE LORD TO PAUL BY A NIGHT VISION, SPEAK HOLD NOT THY PEACE.

My Sunday school teacher Brother Danny looked right at me and as part of his lesson said: ‘BE NOT AFRAID SPEAK' (Not Once, BUT TWICE IN THE SAME LESSON).

Then I went home and read a note on my nightstand that I had written to myself from Holy Spirit the night before. The Holy Spirit had woke me up at 1 AM and gave me a message, so I wrote it down, but being sleepy I quickly went back to sleep and I forgot about the note.

But when I got home from Sunday church I was reminded that I had written a note to myself the night before.
I opened the note and I was shocked to read: - ‘BE NOT AFRAID SPEAK’.

God is Amazing and He never ceases to surprise me and inspire me.

The Holy Spirit told me I had a connection with Moses as he was not a public speaker either (Moses had a stutter, so: ‘I was in good company’.)

The Holy Spirit also showed me I had a connection with Noah, as he also had only one message that he preached for over 100 years. Noah preached to repent and to enter the door of the Ark for Salvation from what was to come upon the Earth.

But no one came and no one listened and no one repented.
And no one entered the Ark except for Noah and his family.

Like Noah, I also have one message and that message is:
Time is short, repent and trust in Jesus for Salvation as He is the door of the Ark by which all must enter for Salvation from what is also to come shortly upon the earth.

I am not a public speaker.

(But God says I am a public speaker.)

I will trust in God.

Who am I to doubt or question God?

I think God is trying to tell me something? What do you think?

Being a servant of Almighty God who tells me to SPEAK, I will SPEAK.

I do this (NOT) for my glory but to glorify the one who sent me, Jesus Christ who I give All Praise, All Glory and All Honor to Forever and Ever.

God commands me to speak, so I will speak. God Bless you, and God keep you is my prayer.

Thank You And God Bless

JUST CLICK THE PHOTO ABOVE TO GIVE and GOD BLESS YOU

YOU CAN EMAIL ME A PRAYER OR BIBLE REQUEST TO: Watchmensreport(at)gmail(dot)com

GOD BLESS YOU, GOD KEEP YOU, GOD MAKE HIS FACE SHINE UPON YOU AND GIVE YOU PEACE.